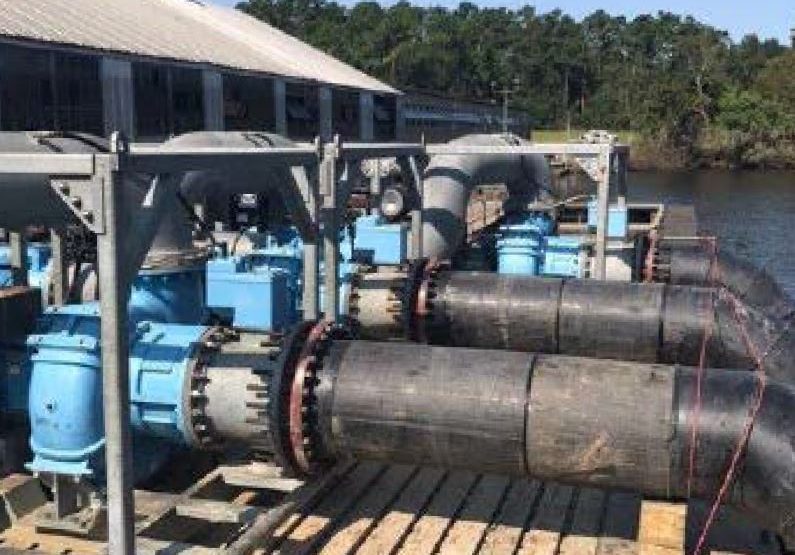 The residents of Beaumont, Texas, along with several nearby refineries and chemical plants, receive drinking and process water from a series of pump stations and canals. With the deluge of rain from Hurricane Harvey, the Neches River flooded and overwhelmed the city’s primary pumping station’s engines, taking them offline.

With the flow to the subsequent pump stations cut off, the River Authority managing the water system required a 100,000 GPM system to temporarily bypass the primary pump station and re-establish a flow of water until the primary station could be brought back online.

Rain for Rent delivered and installed a system of three 30” pumps with HDPE lines to bypass water from the Pine Island Bayou into the canal system. Due to the changing conditions of the jobsite, the bypass system needed to be installed twice. Initially, the system was installed as close as possible to the primary pumping station.

On the day the order was received, Rain for Rent sourced and fully serviced the pumps and engines, ensuring that the primary and secondary air filters, and belts were in top notch condition; the radiators were steamed, and new batteries were installed.
The units were shipped from Rain for Rent’s headquarters in Bakersfield, California the day they were ordered, and arrived at the pump station in Beaumont, Texas two days later.
Due to many local Rain for Rent personnel having been displaced by the flooding in eastern Texas, crews from Rain for Rent locations in California, Colorado, Louisiana, and Indiana came in to assist with installation and 24-7 pump watch. With no nearby hotels or amenities available, the crews came prepared to be self-sufficient and equipped to help.

The River Authority was very pleased with the equipment, the performance of the system, and Rain for Rent’s ability to adjust to the nature of the project and changing requirements of the jobsite. 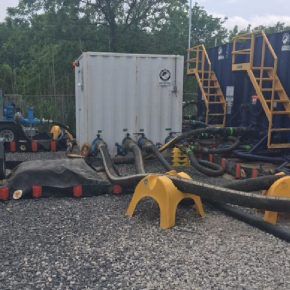 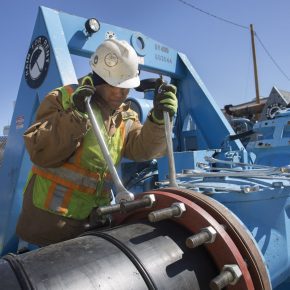