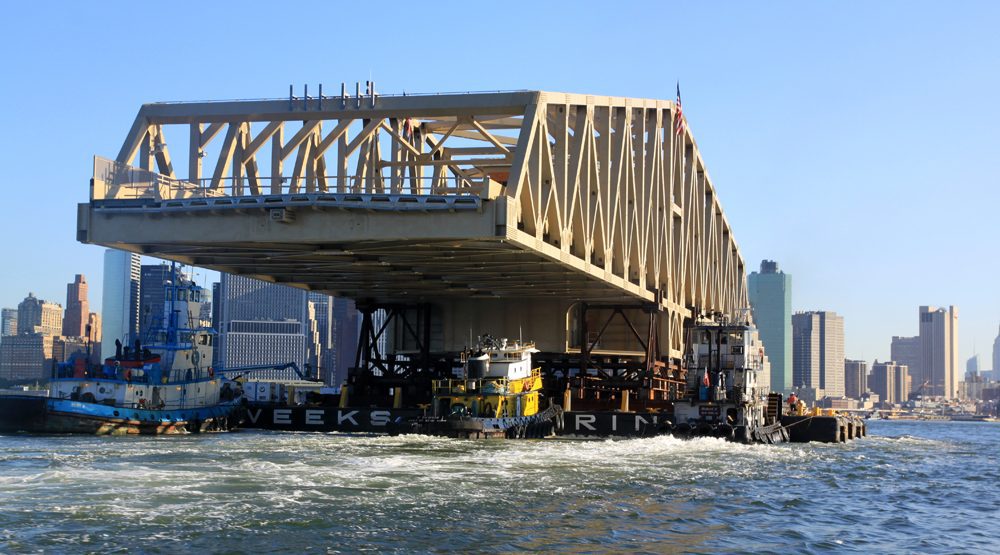 When a replacement for the 109-year-old bridge spanning the Harlem River connecting Upper Manhattan and the South Bronx was designed, floatation was the only option for transport of the pre-built structure. The project owner needed to float the 4.8 million pound steel bridge on a barge measuring 180 feet long by 108 feet. Precise maneuvering of the barges was needed with limited downtime for the more than 70,000 vehicles using the bridge daily.

Rain for Rent provided ballast control for the barges by designing a water hydraulic system. Six inch DV-150 pumps were mounted to the deck of the barges. 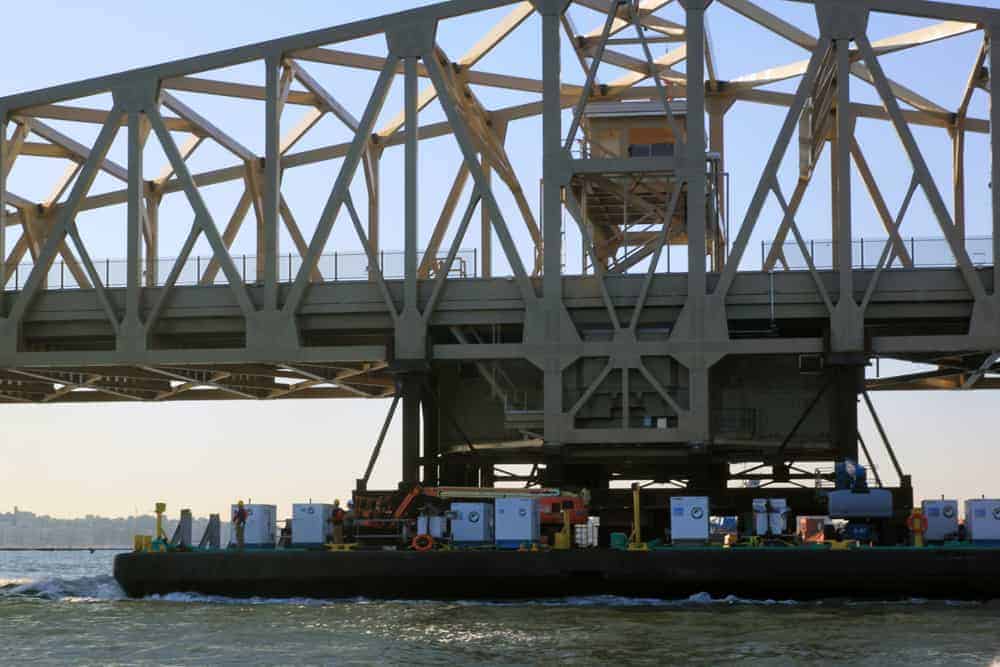 First the system was used to maintain ballast levels on the 130 mile trip down river as transportation through the city proved impossible. Then final positioning of the 2,400 ton swing bridge was completed using 4 large barges, 16 DV150 pumps and 2500’ of hose.

The pumps drew in river water to ballast compartments on the barge. Control of water levels in each specific hold in the barges allowed for precise leveling and lowering of the bridge into position onto its concrete supports.

The bridge was installed successfully and the old bridge was transferred to another DV-150 pump driven ballast barge system. 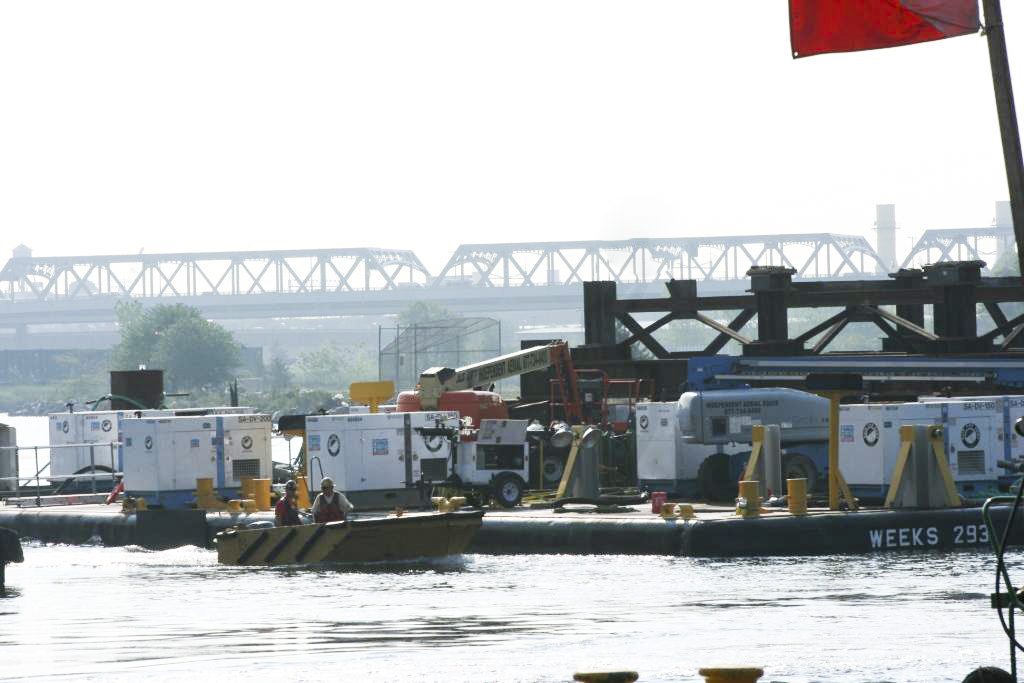 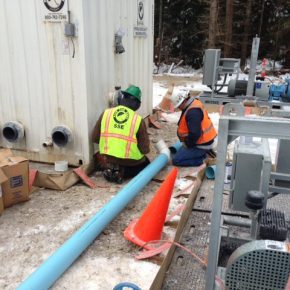 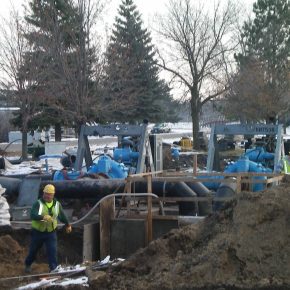