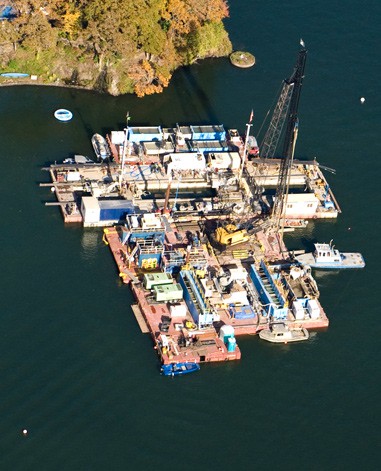 A contractor needed to set more than 100 drill anchors to sink a new 42-inch HDPE sewer trunk pipeline 6,000-feet under a lake in Oregon. The sewer bypass pipeline serviced a nearby city of 35,000 residents. Additional rehabilitation of two underwater manholes was needed.

Working with the contractor before prebid and after successful capability presentations, Rain for Rent was awarded the project to design a floating 1,000-foot bypass and active treatment system. After about eight months of work, the project was completed in early 2010.

A total of three barges handled the bypass and filtration systems necessary to set the drill anchors and sink the sewer pipeline. Active treatment was necessary during the drilling to ensure turbidity levels were met within the lake.

Drill slurry was filtered on the third barge with similar filtration and pumping equipment as the other barges, with an additional pH adjustment system.

The secondary bypass included a 1500 GPM pumping system to rehabilitate two manholes with 1000 linear feet of 12-inch HDPE pipe fused and floating on the lake. An AnDRU box and pressure transducer helped to maintain system stability.

Spillguards were used on site throughout the project. Any pollution plume would have been evident in the stillness of the lake. Noise pollution on the lake was countered with the use of sound curtains around the bypass and barges. 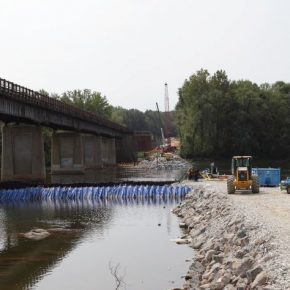 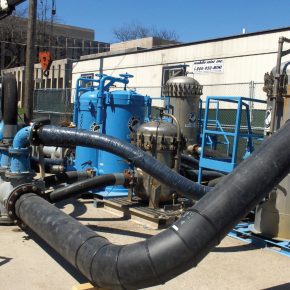