300 Million gallons pumped from floating barge in under 5 days.

On May 14, the Army Corps of engineers opened the Morganza Spillway, a 10-ton steel floodgate that had remained closed for more than four decades.

The gate was opened to protect more densely populated cities down stream along the Mississippi River from the worst flooding in over 70 years.

Rain for Rent provided a temporary pumping solution to gather water from the pond and discharge it into a tributary of the Mississippi River.

Two Power Prime DV600c 24-inch pumps, the largest portable bypass pump in the industry, were set on a floating barge that would rise and fall with the level of the river while drawing water from the pond.

The pumps produced 40,000 GPM and prevented the containment pond from overspilling. 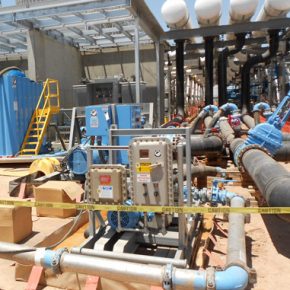 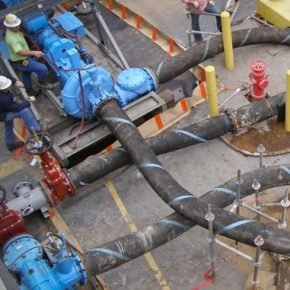