When coordinating post-fire hydro-mulching projects at two locations requiring rehabilitation, a hydroseeding company needed temporary systems that would help them transfer water into truck tanks where mulch could be mixed, stored, and dispersed into airplane and helicopter tanks. 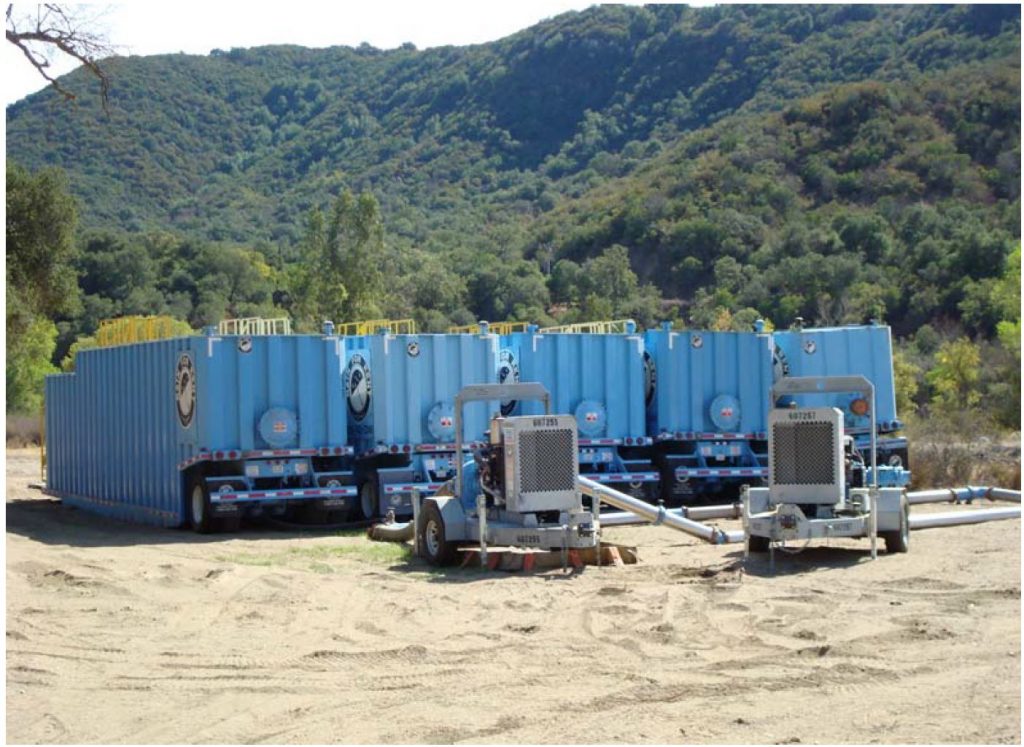 Rain for Rent delivered and installed a system at the first location, an airfield, where water was taken from hydrants, piped into two manifold 21,000 gal. tanks, and pumped into six hydro-seed trucks. Water, mulch, and binding agents were mixed in the trucks’ tanks, then pumped into airplane tanks. At the second location, a ranch, water was pumped out of a private well into five manifold 21,000 gallon tanks. An 8” pump transferred water into two hydroseed trucks stationed 800’ away. After the slurry was mixed in the trucks, another 8” pump transferred the mixture into a poly tank where the slurry could be stored before being pumped into helicopter tanks.

The project lasted approximately one month; the customer was pleased that the temporary system met their specific needs, and said that they plan to partner with Rain for Rent again on future projects. 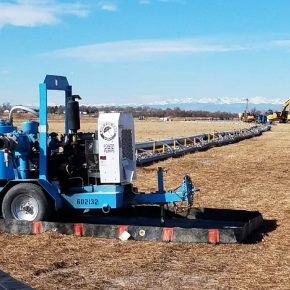 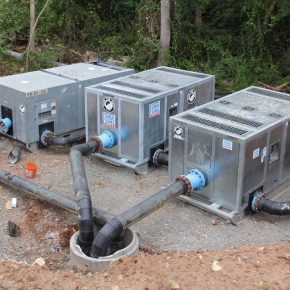