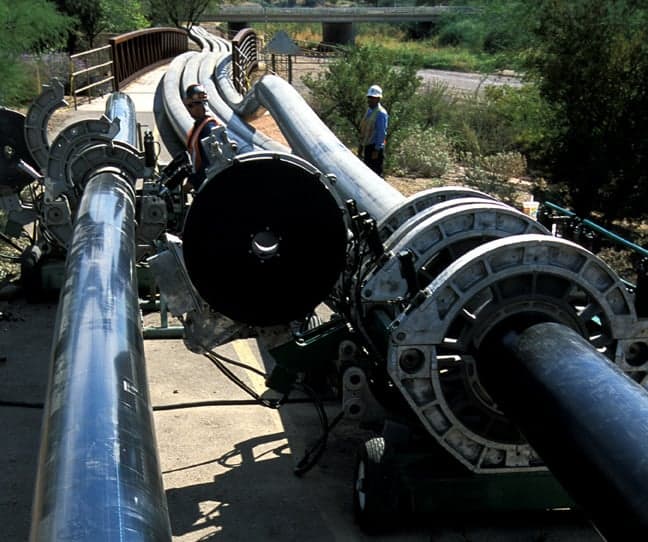 The second-largest city in Arizona, Tucson, was impacted by aging infrastructure when a 5-mile stretch of the City’s 42” main sewer line failed and created three massive sinkholes in the downtown area. The break was caused by years of corrosion from naturally occurring hydrogen sulfide and the constant velocity of waste flowing through the pipe. The concrete pipe, originally several inches thick, was worn paper thin before it finally burst and spilled 5-7 million gallons-per-day of untreated sewage into the temporarily-dry Santa Cruz River. The City required a bypass system that would handle a 25 MGD daily flow, with 50% backup.

To bypass the ruptured sewer line, Rain for Rent engineered, delivered and installed a temporary pump station and 109,000 linear feet (20 miles) of bypass line with 24/7 pipe-watch. Two suction locations fed four pipelines with two discharge points. The HDPE pipe was fused on site, and all piping and discharge manifolds were hydro-tested prior to introducing wastewater to the lines. An asphalt bike path was used as the right of way for the bypass which allowed the four pipelines to travel over three pedestrian bridges and under 3 tunnels. The system was installed and operational within 31 days and ran successfully through the project’s completion 5 months later. 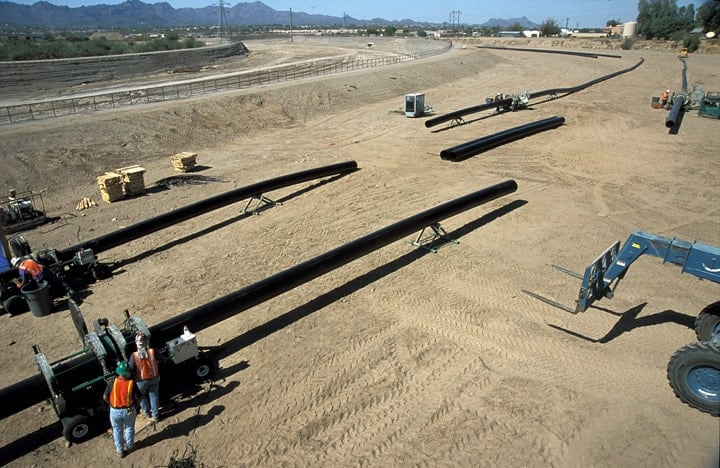 The customer was grateful for the quick and thorough bypass solution Rain for Rent provided. They were very happy with the culmination of the project and have since worked with Rain for Rent on other successful projects. 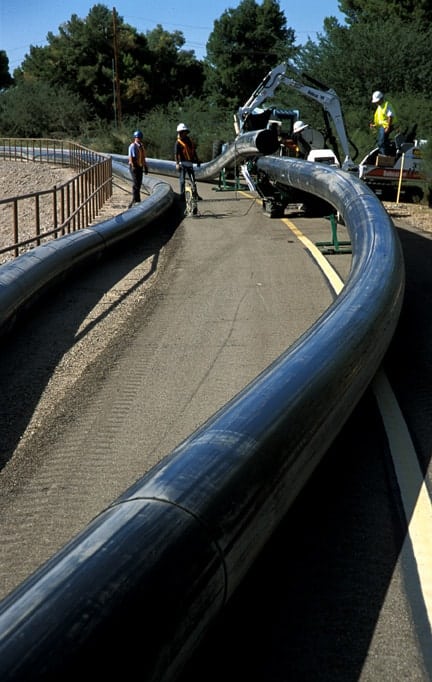 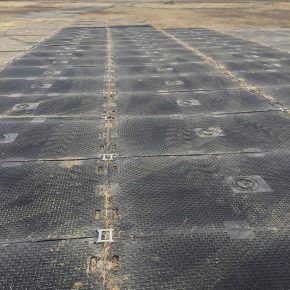 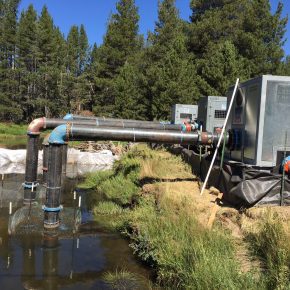