An Idaho cattle rancher had an opportunity to expand his business and grow potatoes on 700 acres of land previously undeveloped. This was more than 200 percent growth in the size of his operation from the 300 acres of flood irrigated land he farmed previously.

Consulting with Rain for Rent agricultural engineers, they developed a plan that included a 25 pivot system with gravity-fed pipelines for the rancher’s land. The rancher achieved a 50 percent water savings, 30 percent labor savings and 30 percent increase in yields by converting from flood to pivot irrigation.

“The scope of the project basically created a mini water district,” said the head Rain for Rent Engineer on the project. “We had to maximize pressure over the long distances the large diameter pipelines traveled.”

The new pivot irrigation system allowed the rancher to farm more than three times the amount of land without adding employees to his operation.

Happy with the performance of Rain for Rent to design and install a complicated pivot system, the rancher has recommended that his neighbors use Rain for Rent for their upcoming pivot projects. 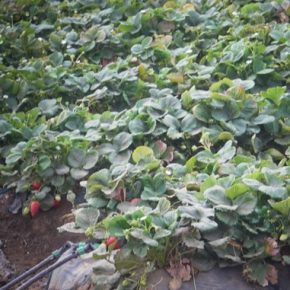